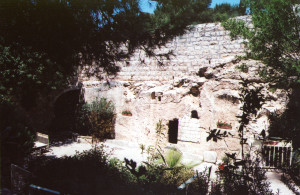 Resurrection means the triumph over death, and if you come forth in the First Resurrection, then that will mean you have triumphed over death and hell (Rev. 20:6), thanks for the love of God and the grace of His son Jesus Christ (Rev. 1:18).

The Resurrection is important because it brings to pass the final stage in our progression as the sons and daughters of God. It means His plan worked despite all the efforts of the evil one to thwart and to distort.

Not only will we each experience the resurrecting power of Jesus Christ, but we will witness the return of resurrected beings, including our family members – even our deceased children. Because these things will soon be upon us, we must learn about them now so we can manifest our faith toward them and not be surprised, confused, or dumbfounded when they come.

What is a resurrected body? It is composed of flesh, bone, spirit, and a soul. Right now, our being is dominated by flesh, but after the resurrection, it will be dominated by our spirit body. Here is a small selection of scriptures:

21 Who shall change our vile body, that it may be fashioned like unto his glorious body, according to the working whereby he is able even to subdue all things unto himself. (Philippians 3:21)

20 But now is Christ risen from the dead, and become the firstfruits of them that slept.
21 For since by man came death, by man came also the resurrection of the dead.
22 For as in Adam all die, even so in Christ shall all be made alive.
23 But every man in his own order: Christ the firstfruits; afterward they that are Christ’s at his coming. (1 Corinthians 15:20–23)

35 But some man will say, How are the dead raised up? and with what body do they come?
42 So also is the resurrection of the dead. It is sown in corruption; it is raised in incorruption:
43 It is sown in dishonour; it is raised in glory: it is sown in weakness; it is raised in power:
44 It is sown a natural body; it is raised a spiritual body. There is a natural body, and there is a spiritual body.
50 Now this I say, brethren, that flesh and blood cannot inherit the kingdom of God; neither doth corruption inherit incorruption.
51 Behold, I shew you a mystery; We shall not all sleep, but we shall all be changed,
52 In a moment, in the twinkling of an eye, at the last trump: for the trumpet shall sound, and the dead shall be raised incorruptible, and we shall be changed.
53 For this corruptible must put on incorruption, and this mortal must put on immortality.
54 So when this corruptible shall have put on incorruption, and this mortal shall have put on immortality, then shall be brought to pass the saying that is written, Death is swallowed up in victory.
55 O death, where is thy sting? O grave, where is thy victory? (1 Corinthians 15:50–55)

Was Lazarus “resurrected” when Jesus raised him from the dead? Unfortunately, some Christians refer to Lazarus’ raising as a “resurrection.” To do so confuse the subject because it leaves no other word to describe Jesus’ rising from the dead. The two risings were quite different.

Like Paul stated in 1 Corinthians 15 cited above, a resurrected body is an incorruptible body that cannot die, and Jesus was the first to be resurrected. There is an order to the resurrection:

22 For as in Adam all die, even so in Christ shall all be made alive.
23 But every man in his own order: Christ the firstfruits; afterward they that are Christ’s at his coming. (1 Corinthians 15:20–23)

It is safe to say that the first man who was resurrected after Jesus was Adam and then his wife Eve.

We can learn more details about resurrected bodies from Jesus’ resurrection. He had flesh and bone (not blood), and yet he could pass through walls and eat fish:

36 And as they thus spake, Jesus himself stood in the midst of them, and saith unto them, Peace be unto you.
37 But they were terrified and affrighted, and supposed that they had seen a spirit.
38 And he said unto them, Why are ye troubled? and why do thoughts arise in your hearts?
39 Behold my hands and my feet, that it is I myself: handle me, and see; for a spirit hath not flesh and bones, as ye see me have.
40 And when he had thus spoken, he shewed them his hands and his feet.
41 And while they yet believed not for joy, and wondered, he said unto them, Have ye here any meat?
42 And they gave him a piece of a broiled fish, and of an honeycomb.
43 And he took it, and did eat before them. (Luke 24:36–43)

The New Testament speaks of two different resurrections – one at the beginning of The Millennium of Peace and one at the end. However, we must point out that there had already been a resurrection before those scriptures were written; therefore, there are a total of three resurrections.

The true “first” resurrection occurred when Jesus came forth, and many other people right after him:

52 And the graves were opened; and many bodies of the saints which slept arose,
53 And came out of the graves after his resurrection, and went into the holy city, and appeared unto many. (Matthew 27:52–53)

For us now living, we will witness two additional resurrections, and the First will happen precisely after The Sign of Jesus’ Coming.

In the traditional Long Version of how prophecy will unfold, the righteous living and the righteous dead are removed from the earth in The Rapture prior to the reign of the antichrist. This scenario comes about through the following steps: a temple is built in Jerusalem on Temple Mount, a seven-year contract is signed with Israel, then broken off halfway through by the antichrist who will rule for three and a half years.

There is another scenario called The Cut Short Version wherein the glory of God is poured out at The Sign of Jesus’ Coming (Mat. 24:30) and with it the gifts and fruits of God’s spirit. If the majority of the inhabitants of earth respond to it favorably, God will “cut His work short in righteousness” (Rom. 9:28).

The second miracle that the world will witness after The Sign of Jesus’ Coming will be resurrections.

13 But I would not have you to be ignorant, brethren, concerning them which are asleep, that ye sorrow not, even as others which have no hope.
14 For if we believe that Jesus died and rose again, even so them also which sleep in Jesus will God bring with him.
15 For this we say unto you by the word of the Lord, that we which are alive and remain unto the coming of the Lord shall not prevent them which are asleep.
16 For the Lord himself shall descend from heaven with a shout, with the voice of the archangel, and with the trump of God: and the dead in Christ shall rise first: (1 Thessalonians 4:13–17)

We the living will not hinder the schedule of those who will be resurrected. The resurrection will happen first regardless of which scenario plays out.

30 And then shall appear the sign of the Son of man in heaven: and then shall all the tribes of the earth mourn, and they shall see the Son of man coming in the clouds of heaven with power and great glory.
31 And he shall send his angels with a great sound of a trumpet, and they shall gather together his elect from the four winds, from one end of heaven to the other. (Matthew 24:30–31)

The gathering of His elect “from the four winds, from one end of heaven to the other” refers to the deceased, not the living. The dead are not all huddled in a corner. Heaven is a vast place, and the righteous dead must be gathered or organized.

The dead may be allowed to visit people so they can enjoy the same freedoms as those who resurrected at the time of Jesus:

52 And the graves were opened; and many bodies of the saints which slept arose,
53 And came out of the graves after his resurrection, and went into the holy city, and appeared unto many. (Matthew 27:52–53)

Many things will be proven:

All of these things will provide a witness that God is good:

17 Nevertheless he left not himself without witness in that he did good (Acts 14:17)

God is gracious; we hear reports from those who have passed into the next life and returned, that all babies, whether they were aborted or miscarried, etc. are being cared for in heaven until they can be reunited with their parents or assigned to parents.

15 Mother, embrace your children; bring them up with gladness, as does a dove; strengthen their feet, because I have chosen you, says the Lord.
16 And I will raise up the dead from their places, and bring them out from their tombs, because I recognize my name in them.
31 Remember your children that sleep, because I will bring them out of the hiding-places of the earth, and will show mercy to them;  (2 Esdras 2:15-16, KJV, RSV)

What makes us different is our righteousness, which is our accumulated experience and knowledge intertwined by God’s love, power, and glory. Those whose radiance exceeds others do so because they learned to incorporate their knowledge and experiences in God. Their resurrected bodies will, likewise, glow brighter.

35 Women received their dead raised to life again: and others were tortured, not accepting deliverance; that they might obtain a better resurrection: (Hebrews 11:35)

What will become of the resurrected? Do they stay here on earth, or will they go somewhere else? We have prophecies that say both. Where did the people go who resurrected just after Jesus? And what have they been doing?

Richard Sigmund saw translated beings in heaven, and Jesus himself was as a resurrected being there. Since both types of bodies are spirit-dominant, both can inhabit heaven, which is a spiritual place.

There are, however, differences between a spirit being and a resurrected being, and there must be a purpose for obtaining these hard-won resurrected bodies for which Jesus bled, died, and rose again. The full details of what that means are not currently known, but there are some facts.

It is conceivable that there could be a place that is a bit coarser than heaven but more spiritual than earth, where resurrected beings could live who prefer that type of environment. Heaven is far more refined than the earth, and the ability to float, fly, and go through walls may get old for some. Such a place may exist: the resurrected faithful are promised “The Morning Star”:

No doubt we will learn many more things about the resurrected and their future in the days ahead.

The Second Resurrection will come at the end of The Millennium of Peace:

12 And I saw the dead, small and great, stand before God; and the books were opened: and another book was opened, which is the book of life: and the dead were judged out of those things which were written in the books, according to their works.
13 And the sea gave up the dead which were in it; and death and hell delivered up the dead which were in them: and they were judged every man according to their works.
14 And death and hell were cast into the lake of fire. This is the second death.
15 And whosoever was not found written in the book of life was cast into the lake of fire. (Revelation 20:12–15)

A detail that not all believers are aware of is the fact that their deceased little children will return to them as resurrected beings, and they will live with them through The Millennium of Peace.